DIANE HUGHES:  2018 Bra Walk Honoree
Breast Cancer Survivor Diane Hughes shares her story ...
I am incredibly honored to be chosen as the 2018 Bras for the Cause Walk Honoree. I walked in the first Bras for the Cause walk 13 years ago soon after my first breast cancer diagnosis. I can’t say whether it was for selfish reasons or not, but I do know the prior year was a frightening one. ​Barb Roudebush, my friend and who is also a breast cancer survivor, was involved with a wonderful group of women who started the Tri-Valley SOCKs non-profit corporation, and from that very first walk I fell in love with this fun-loving, dedicated and hardworking group of people. I have consistently been an active volunteer since that very first walk.
I was born in Merced California, smack dab in the middle of the state. My father was a rice farmer and my mother raised seven children and worked very hard in her later
Double click here to add text.
​years. In 1976 when I was 15 years old, my mother, Louisa, died of ovarian cancer. In 1996, my 30 year old cousin, Rosemarie, was diagnosed with breast cancer and lost her second battle to breast cancer in 2012. In 1997, my mother’s sister, Aunt Mary, died from breast cancer. In 1999, my cousin Helen battled ovarian cancer and lost her battle in 2006.  In 2004, another cousin, Christy, was diagnosed with breast cancer. In 2005, I was diagnosed with breast cancer and two months later my younger sister, Lili, received the same diagnosis. In 2012, my cousin LaDonna on my mother’s side, was diagnosed with breast cancer. And this past year a second cousin became a survivor and that cousin’s two sisters are pre-vivors. In the year 2000, when I and my boyfriend Rion became engaged, I warned him of the pattern of cancer in my family. It wasn’t until my cousin Helen took a genetic test 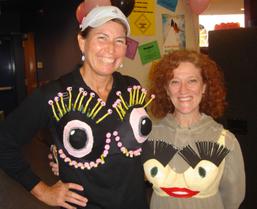 that is was found that our family carried the BRCA1 gene. The BRCA gene is responsible for only 10% of the breast cancer cases nationwide, but for those with the gene defect, breast cancer or ovarian is almost inevitable. Of all the cancer in my family that was outlined earlier, only two of these were not associated with the BRCA gene.
I do feel I owe my survival to backpacking, my cat, and early detection! While backpacking Mt. Whitney in 2005, a strap irritated a spot on my breast. Later, my cat, K.C., walked on that very spot, making me aware that something was not right. Self- examination revealed a lump that next led me to seek a medical
examination. My primary care doctor prescribed a Mammogram and Ultra-sound, but the Mammogram showed nothing so the technician decided the ultra sound was not needed. It took two weeks of pushing by me to get the ultra sound because I KNEW the lump was there -- and it was! I am emphatic about the need to be persistent when it’s your own body.
What followed after the ultrasound were a needle aspiration, a positive pathology report, lumpectomy, removal of four lymph nodes, three months of
chemotherapy, one month of daily radiation therapy, anxiety, hair loss, nauseous, and a very supportive husband. Two years later after testing positive for BRCA1 and receiving genetic counseling at UCSF, I made the decision to remove my ovaries to reduce the chances of getting breast cancer (again) to below 25%.  ​Life was good, my “girls” had fun, and Rion and I traveled and trekked through many countries. Our travels and treks included Costa Rica, Patagonia, Tanzania, Austria, Portugal, Spain, Cook Islands, Peru, New Zealand, and Australia.  We also made 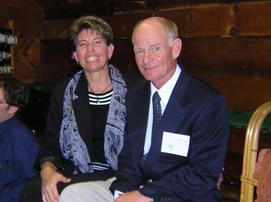 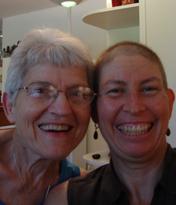 ​some special treks that included India, Peru, and Nepal where we went over passes at 15,000, 16,000 and 18,000 feet respectively.
I surpassed 12 years cancer-free…..until the fall of 2016 when my bi-annual breast MRI revealed something suspicious. A needle aspiration led to a lumpectomy showing a stage 1A in-situ tumor with clear margins, and a clear sentinel node. Strangely, the lab report showed the cancer to be triple positive. The first cancer was triple negative which is more typical of a BRCA tumor. A consultation with Dr. Munster at UCSF revealed that this cancer was probably not related to my BRCA1 gene, but was more likely postmenopausal like the majority of breast cancer across the world. Wow! The decision was chemotherapy, but this time no radiation treatments were done because I had made the decision that the “girls” had to go this time around. In my first round 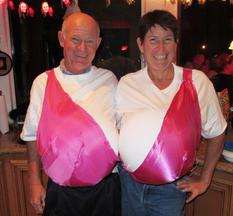 Rion & Diane, 2013 Halloween
​of chemotherapy, I went into anaphylactic shock due to a severe reaction to the drug administered. Without the speedy use of an epi-pen, I likely would have died right there. This led to a one week delay in the initiation of chemotherapy. Rion and I were told by the oncologist that a similar drug would be used as the replacement. Rion did research on the alternative drug and discovered that the active chemical and the carrier were almost identical to the one that had caused the problem. With the help of UCSF once again, it was confirmed that this other drug would have caused the same reaction, and UCSF suggested another drug instead. To say the least, UCSF has been a life line for me.
I am now cancer free, again, because of early detection and because I was my own advocate. If you see a pattern in my story, then you’ll realize that early detection is the answer. I urge all, every mother, sister, daughter, and men as well, to take the time for a monthly self-exam, and I feel strongly that people need to be her/his own advocate and not be a passive patient. I feel strongly about the need to question your doctors, and when you aren’t happy with their responses, get a second opinion. I look forward to a happy future with the love and support of my husband Rion, my family, my SOCKs’ family, and the support of all the walkers that take part in the Bras for the Cause Walk. 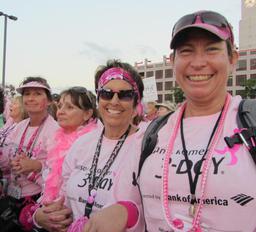 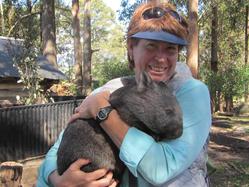 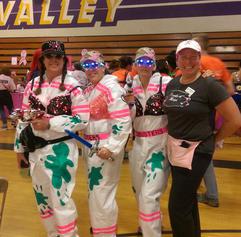 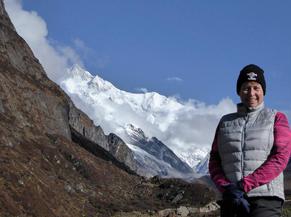 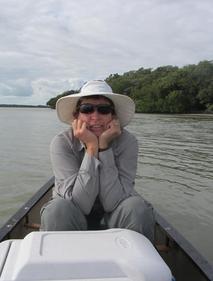 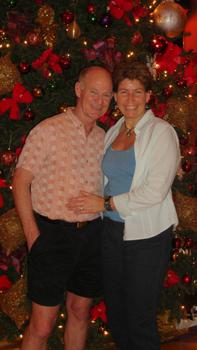 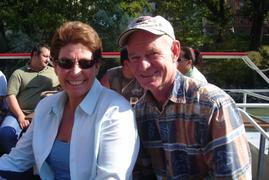 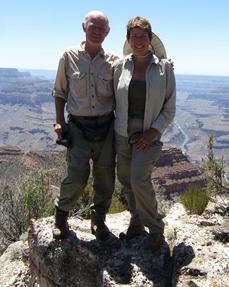 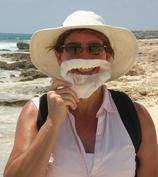 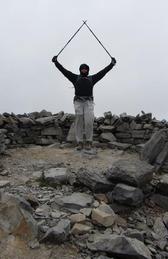 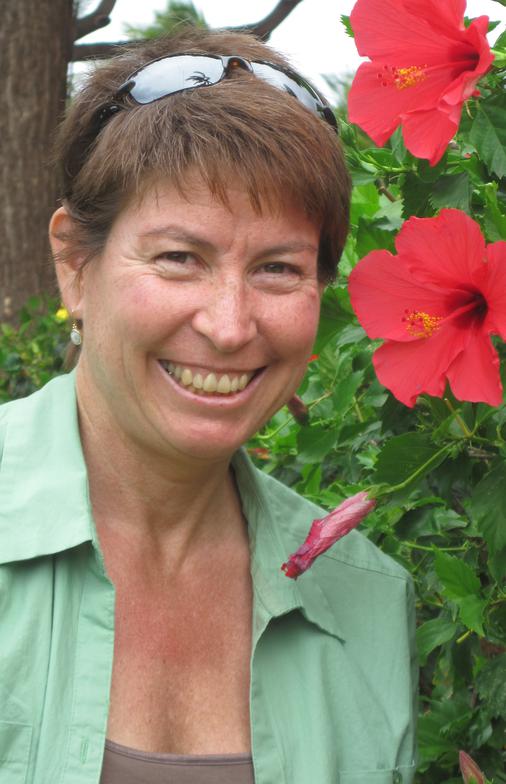 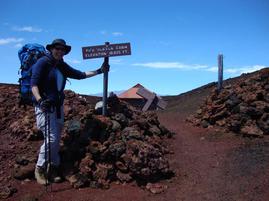 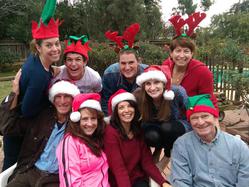 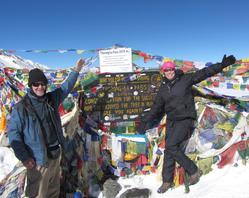 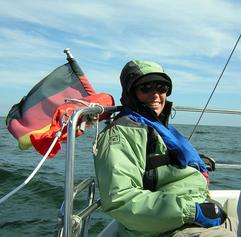 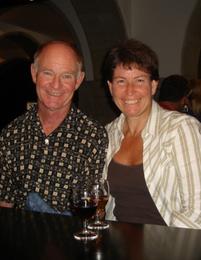 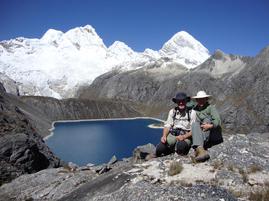 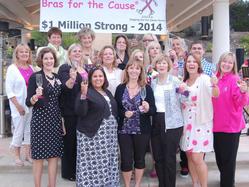